Board Members
at Large

SUZANNE RICHARD has a BA in Dramatic Arts from the University of North Carolina at Chapel Hill.  With Open Circle Theatre she received a Helen Hayes nomination for Outstanding Direction and Outstanding Production of a Resident Musical for Jesus Christ Superstar.  She currently works as a professional actress in the DC area with such companies as The Folger, Fords Theatre, Washington Shakespeare Company, Imagination Stage, and 1st Stage.  She also works as a consultant to the U.S. International Council on Disabilities, where she was previously the Outreach Coordinator, and as a Program Partner and Master Teaching Artist with Story Tapestries.  At the National Endowment for the Arts, she served as the Accessibility Specialist in the Office of Accessibility.  She served on the Maryland Governor’s Advisory Committee for Genetic and Heritable Disorders and the Governor’s Advisory Committee for Careers in the Arts for Persons with Disabilities.  Along with frequently speaking on disability issues and genetics for the Human Genome Project, she authored the chapter “Dealing with Being Different” for Growing Up with Osteogenesis Imperfecta along with chapters in various books on arts and disabilities.

MONICA LIJEWSKI was employed for nearly 11 years as a Staff Accountant at the CPA firm of Huey and Associates, P.C. She has been a proud member of Actors’ Equity Association since 1999, performing at the Kennedy Center Eisenhower Theatre, Ford’s Theatre, Olney Theatre Center, et al. Ms. Lijewski is a seasonal volunteer tax preparer for the AARP Tax Aide Foundation. She is a graduate of Georgetown University, and a Spinal Cord Injury survivor.

KATE KILBANE is a longtime supporter of Open Circle Theatre and is a freelance Equity Stage Manager in the Washington, DC area. Credits with Open Circle Theatre include Story Theatre, Songs for a New World, and Evita. Kate has worked on a variety of plays and musicals as a solo Stage Manager and as part of a team by serving as an Assistant Stage Manager or Production Stage Manager across the gamut of theatres including, The Kennedy Center, Shakespeare Theatre Company, Ford’s Theatre, Folger Theatre, Imagination Stage, Studio Theatre, Woolly Mammoth Theatre Company, African Continuum Theatre Company, Theater J, and Mosaic Theater Company of DC, among others. Notable productions include Ragtime and Follies at The Kennedy Center, both of which transferred to Broadway, as well as The Oedipus Plays with the Shakespeare Theatre Company, which performed on the Acropolis at the Athens Festival in Greece. She has also worked as a Program Coordinator at the DeVos Institute of Arts Management at the University of Maryland. Since 2004, Kate has been a proud member of Actors’ Equity Association and has enjoyed mentoring students who are looking to get into stage management or are early career professionals.

RANI DEIGHE CROWE is a filmmaker, theater artist, and collaborative interdisciplinary artist. Rani’s award-winning short films include Quiet on Set, Heather Has Four Moms, Welfare Check, Beautiful Eyes, and Texting: A Love Story. Other highlights include her site-specific Julia Child comedic character, her dance theater productions of the original devised Jeux D’Amour and the Kurt Vonnegut version of A Soldier’s Tale, her one act play about disability inclusion titled Why You Can’t Put a Wheelchair on the Stage, and her multi-media public installations of The Spoon River Project in the Telephone Booth Project. She was a manager at the Strand Bookstore in New York City in the 90’s and briefly worked the spotlight at Ziegfield’s Nightclub in DC in the early 2000’s. Her research includes empathy and representation in the arts and media, alternative narrative structures, and narratives with protagonists with limited ability to act. When not teaching, writing, or making film and theater, she fosters and adopts rescue animals. An alumna of Antioch College and Ohio University, she currently teaches at Ball State University in Muncie, Indiana.

JEAN-PAUL RICHARD is Vice President of Sid Jaffe & Associates, LLC (SJ&A), a team that provides business advisory support, and has worked in the information technology field for 35 years since receiving his MS from MIT’s Sloan School of Management. He is the former President of the Osteogenesis Imperfecta Foundation and was an original board member of the Genetic Alliance. He has served as treasurer for the Genetic Alliance, HOW: Handicapped’s Only a Word, and the Coalition for Heritable Disorders of Connective Tissue.

Board Members at Large 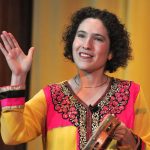 ARIANNA ROSS Her company Story Tapestries aims to provide equitable access to the arts as a source to develop yourself and the community to shift the culture of exclusivity and narrative of the community.  She has presented and taught over 840,000 people.  For 22 years, she has been known for her ability to entertain, engage and educate children and adults with equal success helping them to find their voice and tell a story. She believes in the power of combining the arts, language, and STEM with social emotional approaches to support individual and the community growth and to create an environment where the building of cultural capital, growth, innovation, collaboration, listening and learning happens. Furthermore, she has performed and taught workshops and residencies across the United States, Canada, India, Vietnam, and Brazil in festivals, concert halls, schools, community centers and hospitals. Some of those venues have included The Reach at John F. Kennedy Center for the Performing Artist, The National Theatre Family Series, Hillwood Museum, Multiple Smithsonian National Museums, The Kennedy Center’s Millennium Stage, East TN State University, Alternate Roots Week, American Alliance for Theatre and Education.   She has received funds to accomplish the work of closing the circle through VSA, Wells Fargo, Trawick Foundation, MD State Arts Council, NBC Universal, GEICO, Arts and Humanities Council of Montgomery County, Fitzgerald Auto, The Blair Family Foundation and The Kennedy Center. 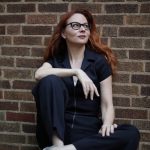 SUSAN LYNSKEY is an award-winning actor and educator with a long history of commitment to and collaboration with the d/Deaf and disability communities. She has served as an Advisor to the National Disability Task Force for Theatre in Higher Education; as an Englehart Fellow for Diversity, Equity and Inclusion; a Doyle Fellow for Teaching, Learning, and Innovation; and a Master Teaching Artist/Trainer for NAEP (National Assessment for Educational Progress). She came of professional actor-age in the Deaf community in DC, working first as a Voice Artist and then as Director of Voice for ASL productions at Gallaudet University; she authored and taught Deaf Performance Culture courses at Georgetown University, fostered the inaugural cross-Campus performance exchange, forwarded the Disability Studies Major there and secured the placement of ASL in the curriculum for the first time in GU’s 231-year history. Lynskey serves as a Master Teaching Artist for Ford’s Theater/Deaf-West and is on the Artistic Advisory Board of Sign Performing Artists. She guides autism/sensory-friendly performances as a consultant for The Kennedy Center’s Theatre for Young Audiences and Imagination Stage. She directed and devised VISIBLE IMPACT, a work that explores and enacts diverse experiences and perspectives from the d/Deaf and disabled communities. She is honored to serve as the inaugural chair of Open Circle’s Artistic Advisory Council.

ROB MCQUAY has broken the traditional typecasting of “wheelchair actors,” demonstrating to fellow actors and audiences alike the importance of focusing on abilities rather than disabilities. Attesting to this, he has performed at The Shakespeare Theatre, Annapolis Shakespeare Company, The Olney Theatre Center, Signature Theatre, Rep Stage, Everyman Theatre, Woolly Mammoth Theatre Company, Roundhouse Theatre, Imagination Stage, Open Circle Theatre, Theatre on The Hill, and the VSA Young Playwrights Program at the John F. Kennedy Center for the Performing Arts. Rob has also performed at Toby’s Dinner Theatre, Burnbrae Dinner Theatre, West End Dinner Theatre, The Hayloft Dinner Theatre, Towsontowne Dinner Theatre, Fells Point Dinner Theatre, Drury Lane Theatre in Chicago, and Center Stage in Baltimore. On the small screen, Rob has been seen in the TV series, Trinity, with Danny Aiello in his series Dellaventura, and as the spokesman for the National Rehabilitation Hospital. Moreover, his portrayal of Dolittle in “Dr. Dolittle” (Imagination Stage), Jesus in “Godspell” (The Roundhouse Theatre), Tateh in “Ragtime: The Musical” (Toby’s), and Jesus in Jesus Christ Superstar (Open Circle Theatre) have earned him Helen Hayes Nominations for Outstanding Lead Actor in a Musical. Rob also earned a Helen Hayes Nomination for Outstanding Direction of a Musical for Godspell at Toby’s Dinner Theatre.

After a swimming accident left him a paraplegic, Rob began taking on disability advocacy while he worked at the National Endowment For The Arts. From there Rob has gone on to be the Chairman of the Governor’s Advisory Committee for Careers in the Arts for People with Disabilites (Maryland), earned the County Executive Outstanding Award, The Victory Award (NRH), and has served on Panels and discussion groups for the West Virginia Division of Culture & History, WV Commission on the Arts, and VSA Arts. Rob is an ordained minister. 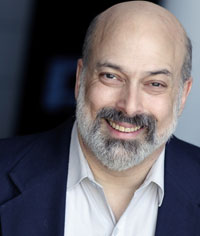 JOEL SNYDER, PH.D. is President, Audio Description Associates, LLC and Director, Audio Description Project, American Council of the Blind (www.acb.org/adp). His awards include the 2014 Vernon Henley Media Award for promoting and furthering the availability of audio description and the Career Achievement Award in Audio Description of the American Council of the Blind. One of the first audio describers, Joel Snyder began describing theater events and media in 1981. A member of Actors’ Equity Association, the American Federation of TV and Radio Artists, and the Screen Actors Guild, and a 20-year veteran of work as an arts specialist for the National Endowment for the Arts, is perhaps best known internationally as one of the first “audio describers.”

Dr. Snyder is the author of many published articles on audio description and his book, “The Visual Made Verbal: A Comprehensive Training Manual and Guide to the History and Applications of Audio Description,” was published by the American Council of the Blind in early 2014. Dr. Snyder holds a Ph.D. in Accessibility and Ambient Intelligence from the Universitat Autonoma de Barcelona.

ELENA WIDDER is a producer and arts administrator in the Washington, DC area. The bulk of her 35-year career was spent at VSA, the international organization for arts and disability, an affiliate of the John F. Kennedy Center for the Performing Arts. As VSA’s Director of Performing Arts and then Vice President of Public Awareness, Ms. Widder produced dozens of plays as well as music and dance concerts at venues such as the Kennedy Center, the Harman Center, H Street Playhouse, and off-Broadway. She has commissioned new work in collaboration with Dance Exchange (DC), Tamar Rogoff Performance Projects (NYC), and Ping Chong & Company (NYC). Earlier in her career, she was Administrative Director for the American Theatre Association. Ms. Widder also served two 3-year terms as a Helen Hayes Awards judge.